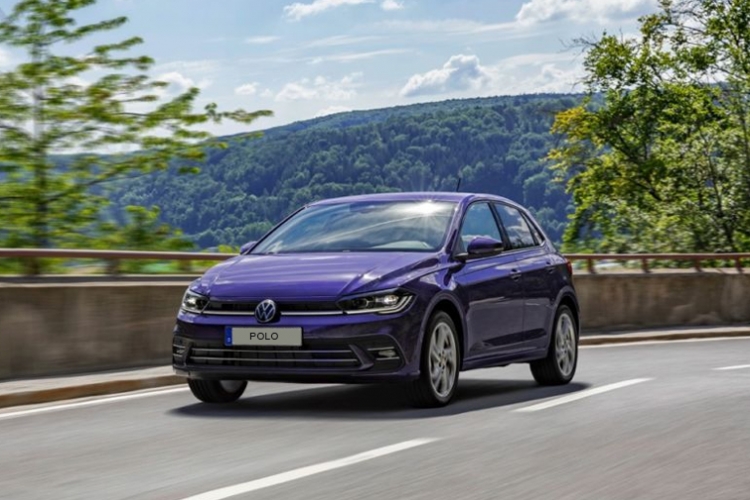 The sixth generation Volkswagen Polo has been much improved in this updated form. Jonathan Crouch takes a look.

The Volkswagen Polo supermini model line is one of the most successful in supermini history. This improved version of the MK6 design is more advanced than before and comes with a smarter, more up-market look. Features like a digital instrument panel and a whole raft of camera-driven safety and autonomous driving kit also borrow much from the class above.

Why would you buy a Volkswagen Polo? You wouldn't buy it on price, because there are many rival superminis that cost less. Many of these cars will have more equipment inside them. Some will even be nicer to drive. That much-vaunted Volkswagen build quality is, statistically at least, something that the Japanese and Koreans covered off some time ago. So what's the appeal? It's simple. The Polo is all about understated refinement or, to put it another way, conspicuously not trying too hard to impress. Now this is a very hard trick to carry off. Try too hard and this Volkswagen loses its cool. Don't try hard enough and the car looks like a complacent trinket for posers, which is possibly even less desirable. So with this improved sixth generation Polo, the Wolfsburg brand is looking to land it square in that profitable sweet spot.

Volkswagen always intended that this sixth generation Polo should ride like a much larger car and sure enough it does, easily shrugging off pock-marked urban surfaces, helped by its sophisticated light, stiff MQB A0 chassis, shared with cousins SEAT's Ibiza, Audi's A1 and Skoda's Fabia. Through the corners, this Polo isn't quite as agile as that SEAT or a rival Ford Fiesta - the rather light steering doesn't deliver a huge amount in terms of meaningful feedback - but body movements are well controlled and wider tracks deliver plenty of front end grip. A class-leading feature available across the Polo range is Volkswagen's clever assist system 'IQ.DRIVE Travel Assist', which brings together predictive ACC (Adaptive Cruise Control) and Lane Assist to create a new assist system that enables partly automated driving. As for engines, well almost all buyers in our market are going to order a Polo with petrol power - specifically the 999cc three cylinder unit that now features in so many compact Volkswagen Group models. At the foot of the range, it appears in normally aspirated MPI form with 80PS. A better option though, if you can stretch to it, is the turbocharged TSI version of this unit, available with either 95PS and a choice of 5-speed manual or 7-speed DSG auto transmission; or 110PS and a DSG auto 7-speed gearbox. DSG auto transmission is conditional for those who choose the 207PS 2.0-litre engine fitted to the flagship GTI hot hatch model.

The visual updates made to this sixth generation Polo are a little more noticeable than the changes made to its SEAT Ibiza cousin. If you know your Polos, you'll notice the smoother front end styling, which can now include the brand's piercing 'IQ.Light' intelligent LED matrix headlights, which allow individual settings for different driving conditions and environments. At the rear, there are revised, more Golf-like, tail lamp clusters. The result is a more mature, grown-up level of pavement presence. Inside, a key change is the incorporation of Volkswagen's 'Digital Cockpit', an 8.0-inch digital instrument screen to replace the standard binnacle dials - as standard equipment. This display grows to 10.25-inches in size further up the range from 'Style-spec. Otherwise though, the cabin is much as before, with its horizontally-orientated dashboard and a high placement for the 8.0-inch centre-dash 'Ready 2 Discover' infotainment screen. An upper cross-panel flows across the dash into the doors and can be colour-personalised to suit your taste. In the back, you may, as before, find that this design's relatively high waistline and shallow rear window make it feel a touch enclosed, but rear quarter light windows help and there's class-competitive elbow and legroom. Out back, there's a 355-litre boot, significantly bigger than the trunk offered in a Ford Fiesta. Fold the rear seats and up to 1,125-litres of space can be freed up.

List pricing for this car actually starts from around £18,000. In practice though, it's pretty difficult to imagine many Polo owners paying much less than £20,000 and some will be shelling out a figure somewhere in the £21,000 to £23,000 bracket. The range kicks off with 'Life'-spec models, then you get a mid-range 'Style' variant, with plush 'R-Line' derivatives at the top of the mainstream range. You'll need a budget of around £26,500 if you want the top 2.0 TSI 207PS Polo GTI. This enhanced model introduces big-car technology to this compact Volkswagen. For example, the entry-level Polo 'Life' variants feature the brand's 'Travel Assist' system as standard for 95PS 'Life' models and above - making the Polo one of the first models in its segment to offer partly automated driving. LED headlights, Adaptive Cruise Control and an 8.0-inch Digital Cockpit are also among the enhanced Polo's factory-fit equipment, with handy features such as two front and two rear USB sockets, power-folding, adjustable and heated door mirrors, and automatic rain-sensing wipers also included as standard. The Polo's 8.0-inch 'Ready 2 Discover' infotainment system is built on the third-generation Modular Infotainment Matrix (MIB3) and therefore brings App-Connect, which uses either a USB connection or Bluetooth link to activate smartphone mirroring via the central touchscreen. The blend of value, technology and appeal of the 'Life' trim means that it is expected to take around 75% of Polo sales in the UK.

All of the Polo engines on offer are decently frugal. Let's get to the WLTP-rated fuel and CO2 stats. With the base unit, the 80PS version of the 1.0-litre MPI engine, you're supposed to be able to achieve up to 51.5mpg on the combined cycle and up to 124g/km of CO2. In contrast, in a 95PS 1.0 TSI turbo variant, those figures improve to 54.3mpg and 118g/km with a manual gearbox: it's 50.4mpg and 128g/km if you opt for that 1.0-litre TSI engine with a DSG auto gearbox and 110PS. What else? Well, the three year/60,000 mileage warranty isn't anything to write home about in a marketplace where other rivals offer more. But there is a choice of either 'Fixed' or 'Flexible' servicing regimes, depending on the mileage you expect to cover, the 'Fixed' package appropriate for cars covering under 10,000 miles a year. Residual values will continue to be strong: with the previous generation version, you could expect to get between 44 and 51% of your original purchase price back after three years or 36,000 miles. We don't expect that kind of showing to change much this time round.

So, where does all that leave us? Well, in one of those situations where much has changed - but nothing is really very different. This improved version of the sixth generation Polo is a step on from its predecessor but if you want one, the reasons why will probably be much as they've always been with this car: it feels a quality cut above its rivals. Opting for one of these suggests that you choose to drive a small car, rather than necessarily needing to. It's a small but significant difference. At the end of the day, there's much to be said for an extra touch of quality and class. Seek those as your priorities and you'll find this little supermini more than happy to oblige.

Sep Delivery
Model Shown is for illustration purposes only.